A substantial donation followed the events described by Stewart Resnick. He saw that, after some unusual winter weather in 2015, his pistachio crop took a 70% hit. In addition, for several years, his heat-blasted oranges came in smaller and less prodigiously than in the past. There was also California’s persistent drought. 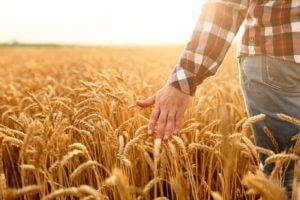 According to the Los Angeles Times’ recent article, “Resnick explains $750-million gift to Caltech for climate research. ‘The kids are concerned,’” these events influenced Stewart and Lynda Resnick’s decision to donate $750 million to Caltech for research into climate change and sustainability. However, they said there was another inspiration. Stewart said his grandchildren would ask him, “How can you help with this? What are you doing about it?”

The Resnick’s have created one of the country’s great farm empires, despite drought and extreme weather linked to global warming that has stalled their competitors. Their produce is sold as brands, such as Halos mandarin oranges and pomegranate juice Pom Wonderful. They also produce Fiji Water, wine from Justin Vineyards, and operate the florist delivery service Teleflora.

Caltech agreed with Resnick’s thought that the bequest would be “transformational.” The university said the donation would be used to study solar science, climate science, energy, biofuels, decomposable plastics, water, and environmental resources, and ecology and biosphere engineering. Caltech will build a $100- million “sustainability research institute” named for the Resnicks. It is the largest donation the institution has received and the largest given to any university for environmental research.

The southern California couple has already donated $38 million for sustainability work at the Pasadena-based research hub. Most of their philanthropy has been in the San Joaquin Valley, where they built health clinics and two charter schools and issued hundreds of college scholarships.

The Resnick’s started building their agricultural empire in 1978 when they bought their first farmland as a hedge against inflation. Stewart told a reporter that he couldn’t even be sure how large his holdings had become but, he has accumulated 180,000 acres (281 square miles) in California alone.

Submit our online form to request a consultation to speak with one of our estate planning attorneys about your planned charitable giving.